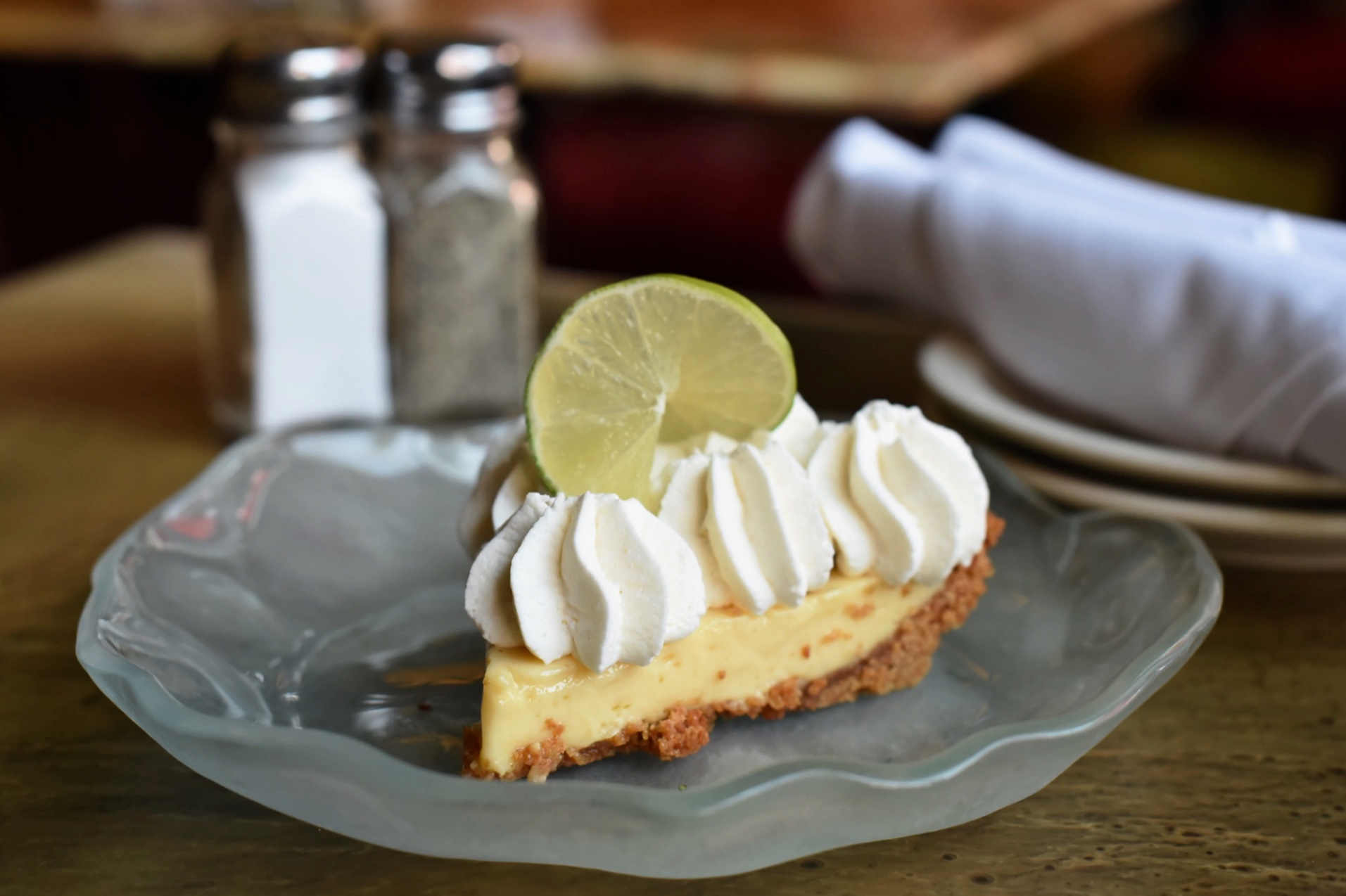 Posted at 16:48h in cuisine by Drew Thompson
Share

At Frazer’s Restaurant and Lounge, we are proud to serve our delicious, homemade Key Lime Pie
everyday of the week! Frazer began working on his Key Lime Pie recipe 5 years before he opened,
sharing this dessert at dinner parties for friends and family. But this sweet concoction dates back much
further than that, back to the early 20th century in the Key West, Florida area.

Although its exact origins are unknown, the first formal mention of Key Lime Pie as a recipe may have
been made by William Curry, a ship salvager and Key West’s first millionaire; his cook, “Aunt Sally”,
made the pie for him. If such is the case, however, it is also possible and maybe even probable that Sally
adapted the recipe already created by local sponge fishermen. Sponge fishermen spent many
contiguous days on their boats, and stored their food on board, including nutritional basics such as
canned milk (which would not spoil without refrigeration), limes and eggs. Fresh milk was not a common
commodity in the Florida Keys before modern refrigerated distribution methods. Sponge fishermen at
sea would presumably not have access to an oven, and, similarly, the original recipe for Key lime pie did
not call for cooking the mixture of lime, milk, and eggs.

Frazer’s Restaurant and Lounge has had our own famous Key Lime Pie on the menu for 25 years. We
welcome you to have a slice the next time you join us – or take a whole pie to-go home with you!

(Information on the history of Key Lime Pie taken from
http://whatscookingamerica.net/History/PieHistory/KeyLimePie.htm) 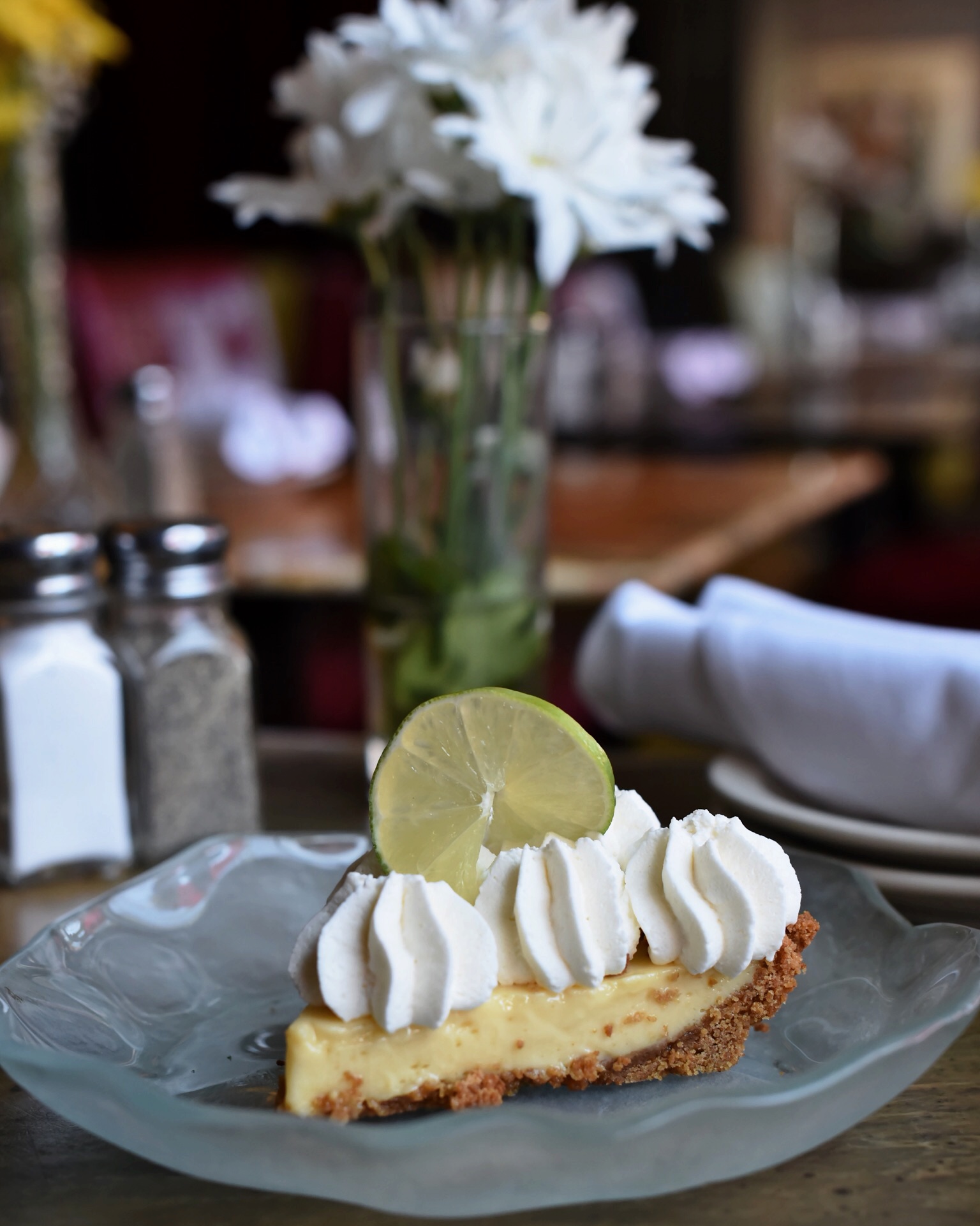 Get Free Shipping on orders over $75 Dismiss